What is the Best Month to Plant Pepper in Nigeria?

Pepper farming is one of the lucrative farming ventures in Nigeria. Growing pepper can also be a great hobby for people. Most people who grow peppers in Nigeria do so for the purpose of making money.

To maximize the Returns on Investment (ROI) on pepper farming in Nigeria, you must grow this vegetable in some months of the year.

At some months of the year, there is usually scarcity of peppers in the market; few farmers who have peppers to sell during this lean period can make decent profits.

The rainy season months of April to July are the best months to harvest and sell peppers in Nigeria. 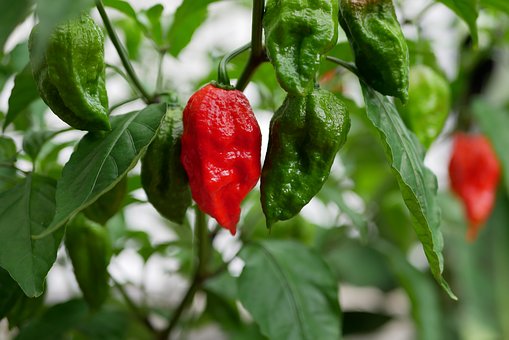 Pepper farming is the cultivation of pepper from the seeds to the stage of harvesting the pepper fruits and the marketing of the peppers.

Pepper farming is very popular in Nigeria because almost every Nigerian eats pepper. Peppers are used in foods and soups in Nigeria, most if not all Nigerians consume pepper directly or indirectly in their foods every day.

To cultivate pepper, you have to prepare the seedlings in a nursery. Pepper seeds are usually seeded in nursery trays or nursery beds. Pepper seedlings spend an average of 4 – 6 weeks in the nursery before transplanting.

After transplanting, the first harvest starts from 60 – 70 days. Peppers especially habanero peppers can be harvested for over 6 months. It is not unusual to harvest peppers for over 12 months. Pepper plants are sturdy and rugged.

It is necessary for a farmer to conduct a soil test before cultivating peppers on his farm. The soil test will show the nutrients composition of the soil, pH, cation exchange capacity and the microbial count and nature.

The soil test will also guide the farmer on the type of fertilizers to use for his pepper plants. Drip irrigation is advised to be used for the cultivation of peppers. With drip irrigation, the crop can be cultivated all year round, Fertigation can also be done.

The best month to plant pepper in Nigeria

The following are some of the best months to plant pepper in Nigeria:

December: This is month that signals the end of the year. Planting pepper in this month can be lucrative. If you plant pepper in December, you will harvest from April. Selling peppers in April to July can be very profitable.

The prices of pepper in April – July every year in Nigeria increases by as much as 100 – 200% because of scarcity.

Low humidity and high incidences of insects and flies are some of the challenges of planting pepper in December.

January: Just like December, cultivating peppers in January can be very profitable as few farmers cultivate the crop in the month of January.

Planting pepper in January means that harvests will commence in April/May. Selling peppers in April to July in Nigeria can be very lucrative.

The setbacks in the month of January are low humidity and high incidences of insects. These setbacks can however be managed.

February: The month of February is also a good month to start the planting of peppers. If you plant pepper in February, you will harvest in May/June. This will make you make a decent profit as prices are at their peak in these months.

The challenges of planting pepper in February include high incidences of insects and low humidity.

March: The month of March is also one of the best months to plant pepper in Nigeria. Planting pepper in March will make a pepper farmer harvest his peppers in June/July. June and July are the peak price times of peppers in Nigeria.

Irrigation preferably drip irrigation is needed if peppers are planted in the dry season months in Nigeria.

For those supplying the organized markets like Shoprite, Spar and big hotels peppers, they do not need to choose any particular month to plant as they are assured of a stable price all year round.